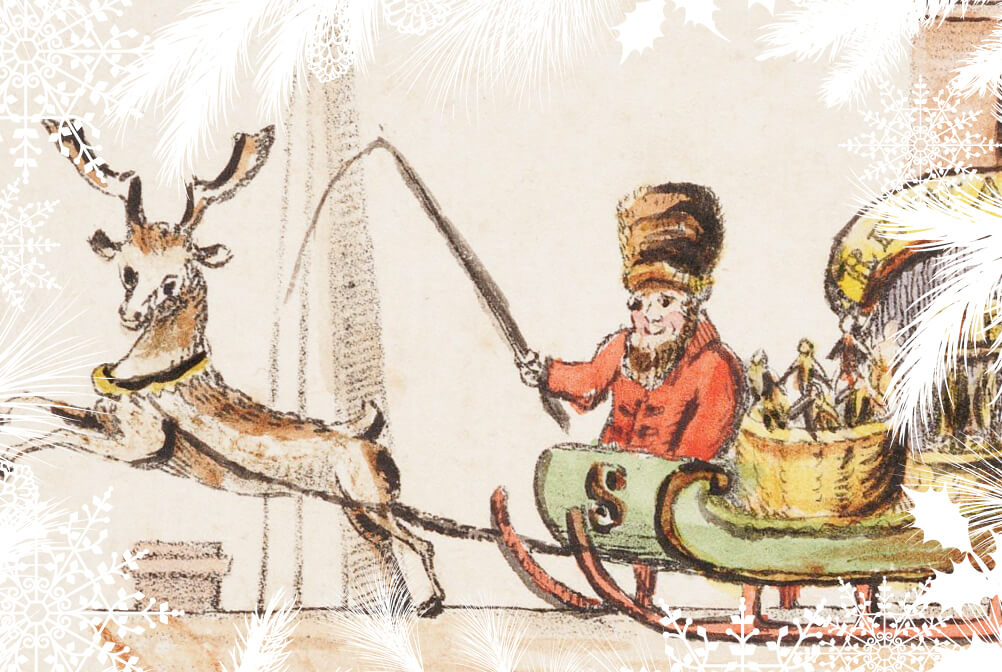 In traditional festive legend, Santa Claus’s reindeer pull a sleigh through the night sky to help Santa Claus deliver gifts to children on Christmas Eve. The commonly cited names of the eight reindeer are Dasher, Dancer, Prancer, Vixen, Comet, Cupid, Donner, and Blitzen. They are based on those used in the 1823 poem “A Visit from St. Nicholas” (commonly called “The Night Before Christmas”), arguably the basis of the reindeers’ popularity.

The enduring popularity of the Christmas song “Rudolph the Red-Nosed Reindeer” has led to Rudolph often joining the list, bringing the number of Santa Claus’s reindeer up to nine. 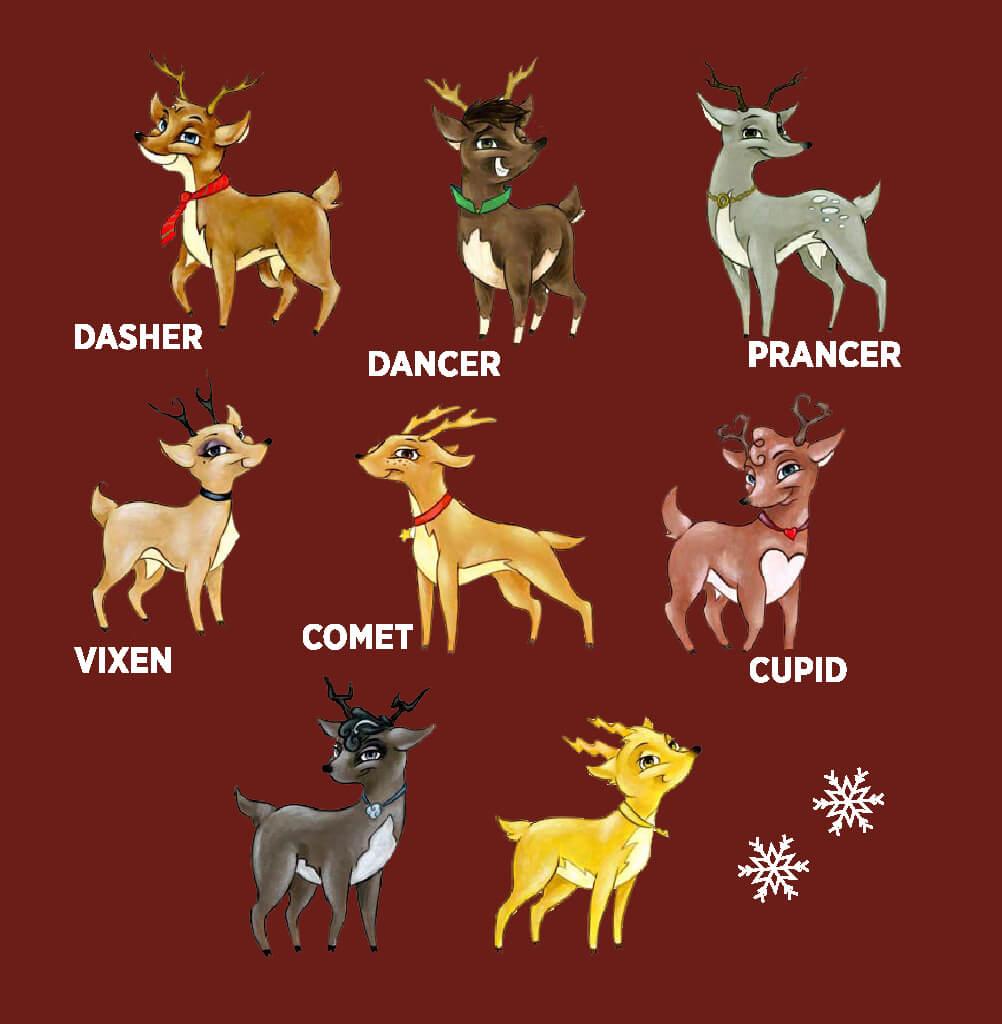 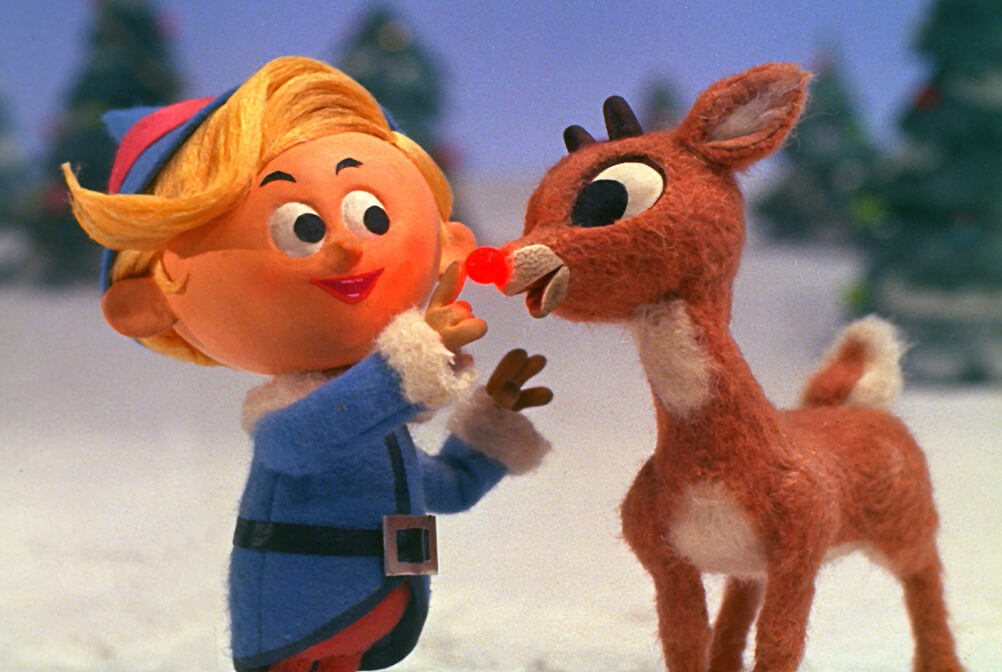 Rudolph, popularly known as “Santa’s ninth reindeer,” is a fabled reindeer created by Robert Lewis May. Rudolph’s story was originally written in verse by May for the Montgomery Ward chain of department stores in 1939, and published as a book to be given to children in the store at Christmas time.

According to this story, Rudolph’s glowing red nose made him a social outcast among the other reindeer. Santa Claus’s worldwide flight one year was imperiled by severe fog. Visiting Rudolph’s house to deliver his presents, Santa observed Rudolph’s glowing red nose in the darkened bedroom and decided to use him as a makeshift lamp to guide his sleigh. Rudolph accepted Santa’s request to lead the sleigh for the rest of the night, and he returned home a hero for having helped Santa Claus.

In 1998, a film titled “Rudolph the Red-Nosed Reindeer: The Movie” was released that depicted Rudolph as Blitzen’s son. 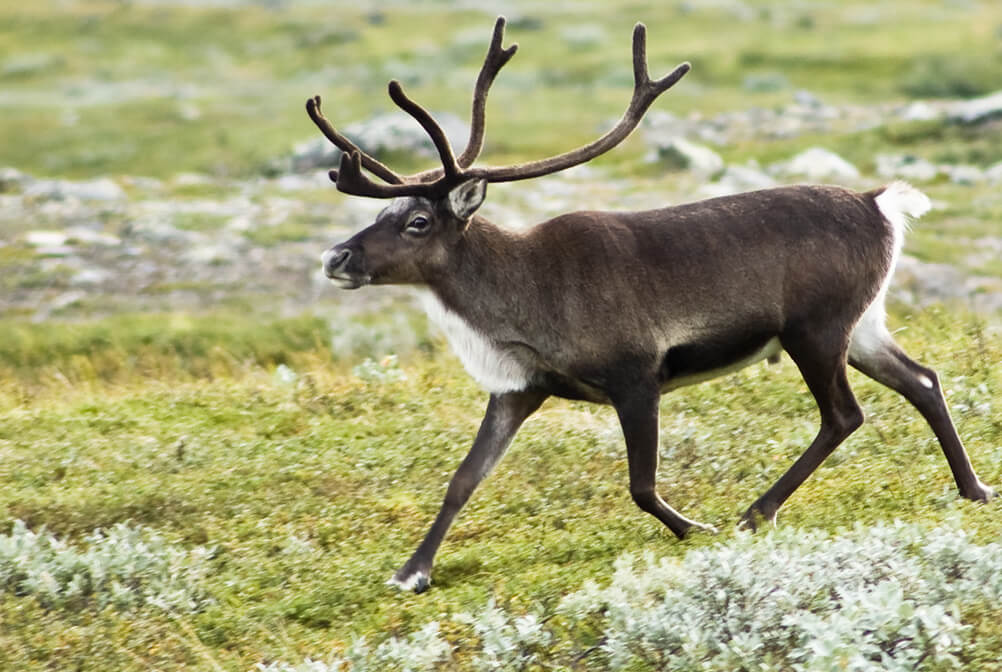 Why are reindeer associated with Santa Claus?

Reindeer were domesticated in the 18th century and often used in transportation, pulling sleds and sleighs, and are still an important aspect of some indigenous northern European cultures. Considering that many popular Christmas traditions related to Santa Claus were brought to America by Dutch and German immigrants, it’s easy to understand why the author of “A Visit from St. Nicholas”(generally thought to be Clement Clark Moore) would have eight tiny reindeer pulling Santa’s miniature sleigh.